Engineers and Military Police, assigned to 515th Engineer Company and 65th Military Police Company, welded rebar and emplaced single strand and concertina wire on the border wall in Sasabe, Arizona, Feb. 7, 2019. The Department of Defense has deployed units across the Southwest Border at the request of U.S. Customs and Border Protection and is providing logistical, engineering, situational awareness and force protection functions. (US Army photo by Sgt. 1st Class TaWanna Starks)

May 20, 2021 Comments Off on The Collapse Of Rule of Law at Southern Border, need military presence says DHS 131 Views

In the next week, the Senate Appropriations Committee on border Security will be holding a meeting regarding the request by Homeland Security to extend a military presence at the border, whether National Guard or Active Duty troops.

The Border crises of Biden’s doing is packed with falsehoods and violations of the Constitutional Law and power of the purse, claim Senators.

“First, violent extremism is a very serious topic.  Unfortunately, many of my Democratic colleagues have sought to make it about politics and race.  They would have the American people believe that all domestic violent extremists are far-right wing white supremacists, and that all Republicans are complicit in their actions.

“Of course, both are false.

“I believe the overwhelming majority of Americans watched the events of January 6th with shock and horror.

“I also believe that just as many watched the endless string of riots in cities across America last summer with the same emotions.

“None of these actions is excusable – not those of January 6th and not those of last summer.  They are all wrong.  They all violate the rule of law.

“Yet in the face of this utter contempt for the rule of law, so many have chosen to stand idly by, excusing one while condemning another.

“Such rationalization of inappropriate and even illegal behavior is dangerous, and I believe the American people see right through it.

“Moreover, it is dangerous for our leaders and law enforcement to focus on one threat to our nation while ignoring another.

“Such behavior raises questions as to whether justice is still blind and whether the rule of law still has meaning and force in America.

“Let me be clear: this isn’t about taking up for one side or the other; or about advocating for the enforcement of one law over another.

“I believe the vast majority of the American people believe in the rule of law, and they see it under attack.  I also believe that they want to see anyone who transgresses it to be held to account, regardless of race, political dogma, or other motivation.

“FBI Director Christopher Wray recently testified before the Senate Judiciary Committee and stated, ‘We at the FBI don’t tend to think of violent extremism in terms of right, left.  That’s not a spectrum that we look at.’

“I wonder if that will be clear to those who watch today’s hearing.

“I hope we hear from each of our witnesses about their efforts to combat domestic violent extremism no matter where it falls on the political spectrum.

“I also hope we will hear, as I said, that there is a uniform approach to enforcing all the laws that are on the books.

“That includes our immigration laws.

“Illegal immigration has long plagued this country.  It undermines American sovereignty and makes a mockery of our immigration laws.

“The failure to secure our border has for decades allowed the cartels, drug smugglers, and human traffickers to continue their practices largely unabated.

“The Trump administration made a strong commitment to border security and achieved significant gains in restoring the rule of law along the Southern border.

“Yet President Biden, in one of his first acts in office, halted construction of the border wall that was ongoing and announced plans to unwind the immigration policies put in place by the previous Administration.

“Sections of border wall literally lay on the ground next to gaping holes in the existing barrier system.

“Gates in the wall that need repair remain wide open and require Border Patrol officers to stand guard when they are needed in other hot spots along the border.

“Essential technology such as sensors and cameras embedded in the border wall system have not been activated.

“All of this while record numbers of individuals pour across the southern border.

“The impact of these actions is not theoretical or abstract.  Our border officials and facilities are overwhelmed.  Tens of thousands of migrant children are in U.S. custody as we speak.

“Moreover, this Administration has restored catch and release – setting thousands of illegal crossers free in cities and towns across America – without consequence for breaking the law.

“And inexplicably, amid the ongoing crisis, the Justice Department recently rescinded restrictions on federal funding for sanctuary cities, which themselves embody contempt for the rule of law.

“This action can have no other effect than further fueling the crisis by enticing those who seek to come here illegally.

“More parents in desperate circumstances in Central American countries will pay human smugglers to drop their children off at the border because the prospect and promise of sanctuary just got brighter.

“The ultimate source of law in America – the Constitution – provides Congress with the power of the purse.

“Congress over the past few years has provided billions of dollars to the Department of Homeland Security for further construction of a border wall system, which includes functional gates and essential technology.

“Yet the Biden Administration has blatantly ignored the will of the people to secure the border as expressed in duly enacted laws.

“The rule of law must be restored for the good of this country.

“It must govern whether we are talking about domestic violent extremism or illegal immigration.

“It cannot come down in full force on one group of bad actors while giving a pass to others.  And officials tasked with enforcing it cannot pick and choose which laws they will follow based on political considerations.

“If those things happen, the rule of law will lose its meaning and force in America.  And we as a nation will be in serious trouble.

Shelby, Capito Correct False Claims by Biden Administration on Border Wall Construction
Following a letter U.S. Senator Shelley Moore Capito (R-W.Va.), Ranking Member of the Homeland Security Appropriations Subcommittee, sent along with more than 100 colleagues highlighting President Joe Biden unlawfully freezing of border wall funding, the administration has continued to make false or misleading claims about its actions.  As a result, Senator Capito, along with Senator Richard Shelby (R-Ala.), Vice Chairman of the Senate Appropriations Committee, responded with a letter to GAO Comptroller Gene L. Dodaro to supplement the record with evidence responding to those claims.

“For the most part, the administration, as directed by the Proclamation, is making no effort to implement construction of the border wall system and, even if it was, there are no external factors to justify the delay.  To the contrary, the delay here is entirely of the president’s making, and we know from recent experience that the executive branch may not point to a delay of its own making and label it ‘programmatic.’  Moreover, the current external factors—namely, the most acute immigration crisis in recent memory—support expediting work on the border wall system, not halting it.  The current pause is all the more frustrating given that the implementation of border wall construction was well underway when the president made his proclamation.  For all of these reasons, the proclamation’s direction is entirely irreconcilable with the law,” the lawmakers wrote.

After having made significant progress during the previous administration to secure the southern border with new infrastructure, illegal crossings of both people and drugs have increased.  Drug seizures were up six percent in April over March and April also saw a three percent increase of persons attempting entry over the previous month.  The administration’s claims of the seasonal nature of these spikes are not born out by the numbers.  Currently, CBP is overwhelmed and at overcapacity.  Reports indicate that nearly all border patrol sectors are above 100 percent capacity, with some sectors double, triple, or even at significantly higher levels of overcapacity.  Many Senate and House members have made visits to the border over the past several weeks to see these conditions for themselves.

“On January 20th, in one of the first official acts of his presidency, Joseph Biden suspended border wall construction and ordered a freeze of funds provided by Congress for that purpose,” the senators wrote. “In the weeks that followed, operational control of our southern border was compromised and a humanitarian and national security crisis has ensued. The President’s actions directly contributed to this unfortunate, yet entirely avoidable, scenario. They are also a blatant violation of federal law and infringe on Congress’s constitutional power of the purse.

The senators continued, “We write regarding these actions. We believe they violated the Impoundment Control Act (ICA), as interpreted by your office, and we request your legal opinion on the matter. Prompt action to end these violations is required to restore order at the border.”

Due to efforts by the Trump administration to secure the southern border with new infrastructure, illegal crossings in the Yuma Sector decreased by 87 percent from Fiscal Year 2019 (FY19) to FY20 in areas with new border wall system. In the Rio Grande Valley Zone 1, an area that did not previously have border infrastructure, U.S. Customs and Border Protection (CBP) saw a 79 percent decrease in apprehensions and a 26 percent decrease in narcotics seizures after completion of the border wall. Additionally, in El Paso Zone 14 and 15, CBP saw 60 percent and 81 percent decreases in apprehensions, respectively, when comparing the second half of FY20 to the first half of FY20.

Currently, CBP is overwhelmed and overcapacity.  Reports indicate that nearly all border patrol sectors are above 100 percent capacity, with some sectors double, triple, or even at significantly higher levels of overcapacity. 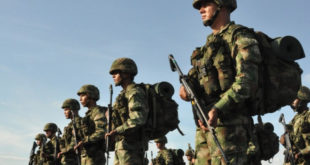 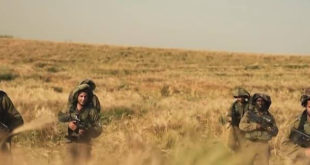 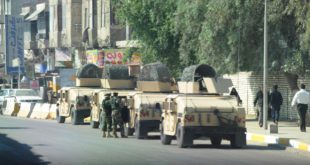 SecDef has a new formula for military might: Diversity, Inclusion Important for Mission Success 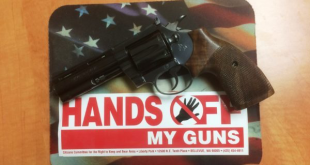 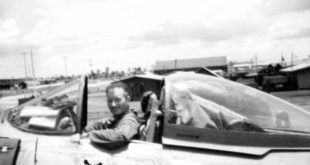 Air Force Col. William A. Jones III flew through an inferno in Vietnam to save a fellow pilot 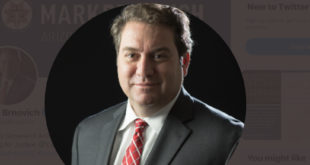 State of Arizona Attorney General to Federals: Back off of States’ Rights