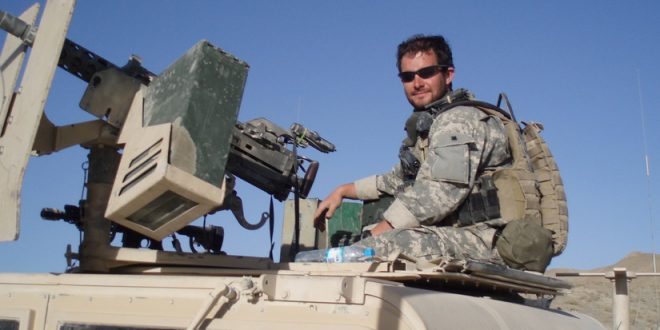 Former Army Staff Sgt. Ronald J. Shurer II will receive the Medal of Honor at an Oct. 1, 2018, White House ceremony for going above and beyond the call of duty April 6, 2008, while assigned to Special Operations Task Force 33 in Afghanistan during Operation Enduring Freedom. Photo courtesy of Ronald J. Shurer II

If there was ever a time the team needed another medic, this was it.

As Ron Shurer was running up the hill to reach the wounded, he had no idea what he would be facing. He could tell by Master Sergeant Scott Ford’s tone, though, it was bad.

Shurer’s Special Forces team was caught in a deadly ambush in the mountains of eastern Afghanistan. The mission was to kill or capture a high level leader of the Hezeb Islami al Gulbadin terrorist group. After landing in the wadi and climbing to the village, the team was attacked by hundreds of fighters and now huddled on a small rock ledge as rocket-propelled grenades and heavy machine gun fire rained down on them.

By the end of the six-hour battle deep within the Shok Valley, the team would earn 10 Silver Stars – the Army’s third highest award for combat valor. But for Shurer, it was a race to keep his teammates alive.

First, Shurer glimpsed CK’s body, which was shocking enough, with pieces of the Afghan interpreter’s skull and brain splattered against a rock wall. Then Shurer’s eyes were drawn to Luis Morales and Dillon Behr. Both soldiers were seriously wounded. It was worse than he thought.

With all the injured soldiers, there was a danger that only one medic could be overwhelmed and might run out of supplies. As he scanned the area, he knew it would be difficult to move the wounded to a spot where they could be rescued.

During their training, medics are taught to be on autopilot with trauma victims. You had to stay detached and above all, stay focused because had to divide the wounded – his friends – into two groups: those who were going to live with their injuries, and those who were going to die without help. And Shurer only had time to focus on those whose wounds were life threatening.

Kneeling by Behr, he noticed a rock wall protected them, but the rest of the area was wide open. He was trying to stay close to the wall, but he could still feel dirt kicking up in his face from rounds hitting close by, and the shock waves of exploding RPGs.

Shurer began examining Behr and assessed that he had been hit twice. The injury to his arm wasn’t serious. It was a glancing wound and trickled blood. So he turned his attention to Behr’s pelvis. It was bleeding profusely. Shurer began methodically thinking about all the possible scenarios with the wound. Ideally, a human has five and half to six liters of blood. The pelvic area is vascular. You would expect that a person was going to lose one or one and a half liters right there. Doing the math in his head, Shurer surmised that Behr was already in borderline shock.

He wasn’t at the point of total shock.

But he was headed in that direction – and that would be potentially deadly.

Shurer knew Behr needed serious attention. He wanted to examine underneath Behr’s body without moving him too much. He rolled him gently and determined that the downside wound was about the size of a quarter. It wasn’t bleeding much.

But the interior wound – the entry point of the bullet – was different. While it was smaller in diameter – the size of a pinkie – it was oozing blood. That was the problem spot.

“Look, man, you’re going to be okay. Let me take care of this wound first.”

Shurer removed gauze from his kit and began packing it into the topside wound. Then he turned to Michael Carter, a combat cameraman who had been providing first aid.

“Just keep pressure on this as hard as you can.” Carter nodded and took over, while Shurer grabbed a morphine syrette and injected Behr to help ease the pain.

Shurer was worried. They had to get Behr off the mountain or he would die. Shurer turned to Behr. “You’re going to be fine. It’s no big deal.”

But then he lifted his head and screamed at Captain Kyle Walton, who was leading the mission: “We need to get him out of here now!”

Shurer was momentarily caught off guard. Behr was correct: He was in danger of dying. But Shurer had to stay upbeat with his diagnosis. He couldn’t tell Behr the truth, or he might give up.

But inside he knew it would take a miracle to keep him alive.

Ford knew they would eventually achieve fire superiority, but they couldn’t overcome the fatal flaw of the whole mission: HIG fighters had the key terrain above them. The operation had quickly turned into a nightmare scenario, and there was no fast way off the mountain to a medevac bird.

There were few options. They could fight uphill – something no one wants to do – or pull back, get the wounded to safety and regroup.

“Everybody stay where you’re at,” Ford yelled at the Afghan commandos nearby. “Lay down a base of fire.”

Between orders, Ford leaned over the edge and fired a few shots at a window or clump of trees in the distance. Overhead, more and more Apaches and fighters were delivering bomb and rocket strikes. Ford’s plan was to let the air strikes level the village so that they could move the wounded to safety.

And for the moment, at least, the strikes seemed to be working.

Over the radio, he heard the warning that a two-thousand pound bomb was on the way. The target was the large multi-story building on a ridgeline across the wadi. Inside, HIG fighters could zero in on the ledge where his teammates were trapped. While the building was across the wadi, the straight-line distance to the ledge was only three hundred meters.

“One minute out!” Ford said, keying the radio to warn Sergeant Seth Howard at the bottom of the wadi.

“Incoming. Get down. Everybody get down.”

From the corner of his eye, he saw Shurer throw his body over Behr to shield him from the blast. From his previous deployments, Ford knew the kind of damage a two-thousand pound bomb could inflict on enemy positions.

Hunkered down against the base of the rock wall, he buried his head in the crook of his arm. The blast pushed Ford against the wall followed by a shock wave that hit him deep in the chest. The impact of the explosion spewed a cloud of debris and dust that swirled in the valley. It blocked out the sun, and made it impossible for Ford and the others to even see a few inches in front of their faces. Baseball-size rocks and pebbles flew in their direction.

As the dust slowly dissipated, an eerie silence fell over the valley. But then, the shooting erupted again.

“We’re going to move a casualty every time a bomb is dropped,” Ford told Walton.

Then he turned to Shurer: “Ron, get those guys packaged up and ready to move.”

They had to get off the ledge or the wounded were going to die, and likely so would the rest of the team. Ford quickly huddled with two of his teammates.

“You need to grab five or six commandos apiece and set up on those ledges,” he told them. 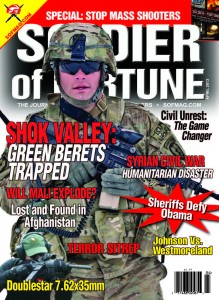 The idea was to establish security on the ledges leading down the mountain to the wadi. Then, they could carry the wounded while the commandos provided cover fire.

Suddenly, an insurgent came rushing toward them. Dressed in a gray top and a military style hat, the fighter hadn’t seen the Americans, and seemed to be focused on a team in the wadi.

Someone shouted a warning. Ford heard it and, in a smooth motion, wheeled around and snapped off a shot.

The burst knifed into the fighter’s chest and he crumbled to the ground, his AK-47 rifle crashing into the dust before him. Ford figured he likely hit the fighter in the spine because 5.56 rounds doesn’t have that kind of stopping power.

Everybody was stunned. With the fighter lying in a heap, Ford scanned the hill waiting for another fighter. Anyone coming down now was going to get shot.

Ford knew they had to move or get overrun. The fighters were starting to probe for an attack. Even for Ford, a veteran of many battles, the level of fighting was overwhelming. It was time to get off the ledge. 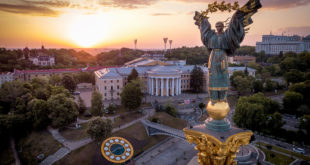 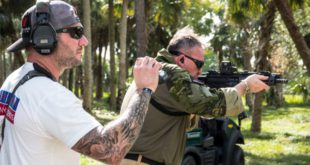 Inside the Mind of a CIA Contractor: Vigilance Elite Founder Shawn Ryan Talks to SOF 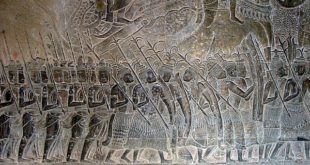 ‘They Valued Life’: A Diplomat Reflects on Mercenaries He Encountered in the Field