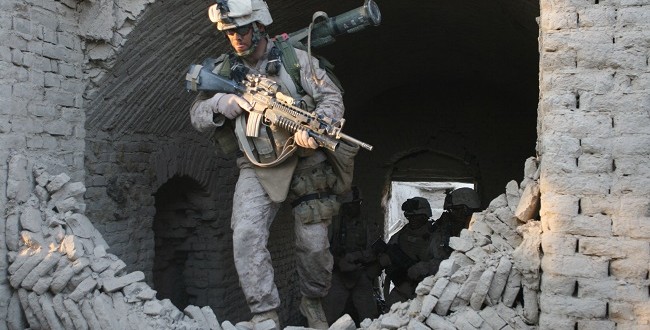 Into the Taliban Stronghold: Marines in Now Zad, Afghanistan

Soldier of Fortune Magazine 2 weeks ago America at War, Best of SOF, Military Comments Off on Into the Taliban Stronghold: Marines in Now Zad, Afghanistan 3,852 Views

No jokes, no talking, just business. The stern-faced Marines in the six-wheeled armored vehicle, known as the “Cougar,” listened intently to the chatter over the radio. “The Afghan army just got their first kill in combat,” said a Marine on the communication line. Stoicism turned into wide grins after hearing the news.

A few minutes later the convoy stopped. They had reached a river bed too deep to cross. Bulldozers were brought in to fill the bed with sand in order to make a bridge for their vehicles. They had entered enemy territory.

The road to Now Zad was known to be infested with roadside bombs. So rather than take a chance, assault breacher vehicles fired numerous line charges, which demolished the road ahead and detonated any possible roadside bombs in a massive explosion.

With the road to Now Zad clear, Marines from 3/4 and 2nd CEB blasted music from their vehicles and attacked into the Now Zad Taliban stronghold. At this point, radio chatter flooded the communication lines again. “We have one on the second floor!” a Marine yelled over the line.

“I’m going to take him out right now,” responded a Marine calmly.

Many Marine faces were smeared with green, black and brown camouflage paint. They wore it not for its traditional purpose, but for the same reason many of the Marines pinned American flags to their gear.

“Considering our unit has had a fallen comrade, it was [good] to give them a taste of their own medicine.” said Cpl. Trevor W. Curtis, a vehicle gunner for Lima Co., 3/4. “Ever since we lost our boy our motto has been, ‘no regrets, just revenge.'”

Emotional motives were fueled when operation Cobra’s Anger began. The mission not only gave the Marines an opportunity take the fight to the enemy, but was designed to destroy the Taliban presence in Now Zad, destroy their weapons and give the Afghan people their city back.

Marines encountered enemy fire once they breached into the city. “An insurgent shot at us and we saw him peeking from behind a corner shooting rounds at us,” Curtis said. “Once we had him spotted, one of our gunners shot at him with a .50-cal. machine gun and I unloaded my Mark-19 on him. After we shot, a tank fired at his building and all that was left was rubble,” Curtis said.

Marines moved cautiously from compound to compound. When there wasn’t a clear route, heavy equipment operators used bulldozers to plow through walls, creating their own doorways through Now Zad. During these brief moments, Marines received a few short moments of rest before moving on to the next house to clear.

“Not knowing what was on the other side was exciting,” said Cpl. Nathan Lepage, a heavy equipment operator for Alpha Company, 2nd Combat Engineer Battalion. “It felt good to know I was making it safer for them to go through the city. If I wasn’t there, it probably would have taken them longer and there would have been more risk.”

While the grunts cleared houses, combat engineers used metal detectors to keep the Marines safe from IEDs, used their C4 to destroy dozens of enemy bunkers, and uncovered Taliban weapon caches. Inside the city, the threat of IEDs still lingered and Marines constantly yelled out ‘dispersion’ to remind each other to keep a proper distance from one another.

Marines patrolled through alleyways and trees, and sometimes would come to a dead end. Combat engineers resolved that problem with C4, breaching new doorways for the Marines to enter and always keeping an eye out for roadside bombs. Infantry Marines appreciated the extra fire power the combat engineers provided.

The engineers found pressure plates that could have injured Marines, explained Curtis, from Colorado Springs, Colo. “It’s [good] to have a guy capable of blowing up an enemy bunker,” said Curtis. “The engineers are an invaluable asset. Now Zad was the Taliban’s center of gravity. Now that we have it, it’s definitely going to take a turn for the worst for the Taliban.”

In one day, the Marines arrived, saw and conquered the Taliban in Now Zad. “I thought they’d put up more of a fight,” said Cpl. Cody P. McGuire, a combat engineer for Alpha Company, 2nd CEB. “This was a hot spot, but there was very little resistance, except for IEDs. I was there three days and found three IEDs. They have the capability to put up a good fight. But we rolled in with assault breacher vehicles, tanks and air support. I think they were intimidated.”

The next step for the Marines is to open the city to the Afghan people. “As far as bringing the people back into the city, we are at about 50 percent, because we have to de-mine the place and clean it up,” said 1st Lt. Mathew M. Digiambattista, 1st Platoon commander, Alpha Company, 2nd CEB. “Given the right tools and time, we can accomplish anything.” 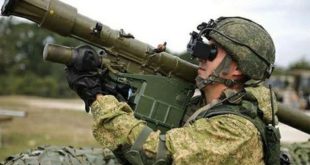 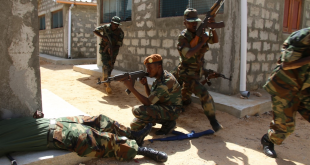 As US Troops Return to Somalia, Officials Aim to Ramp Up Fight Against Emboldened al-Shabaab 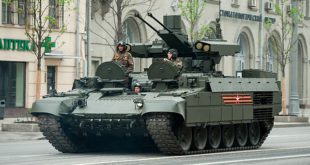 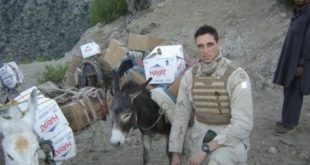 “IED! IED! IED!” Hearts and Minds In the War On Terror