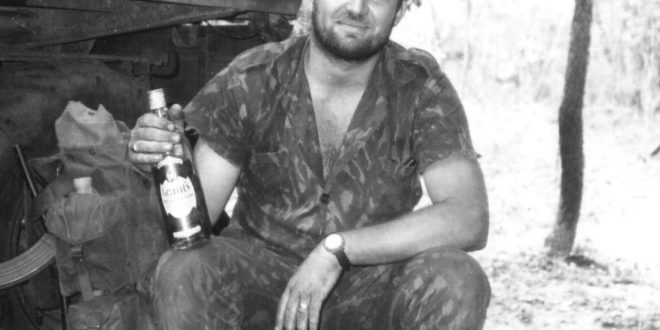 The one picture of me is after the vehicle ambush we did and a long time without any sleep or rest.... I have a bottle of Grants Whisky in my had and you can just see the bottom of it. We took it from one of the Russian vehicles we shot out.

Born to Storm: A Commando In the South African Defence Force

ABOUT BORN TO STORM

Herman van Niekerk is a highly decorated retired South African Special Forces Colonel. He left the military in 1999 after 27 years service and formed several of his own companies which specialized in security related training and development and the protection of ships at sea against pirates. Presently he is the corporate head of security of a large oil company in Nigeria.

Born to Storm is a 370 page book with 60 pictures telling the story of his journey growing up, becoming a soldier, getting into extreme controversial situations and commanding high profile Special Forces operations. A story of ambition filled with success and failures, love and hate, loyalty and deceit, living and dying, creating and destroying. A story untold about the war in Southern Africa and how it could have gone had politicians not interfered!

The way you storm into situations; is that your character or is it what you were taught while you were in the Army?

It was how my character developed from when I was little, but it got a boost in the Army!

You escaped death so many times; do you feel special?

In some way or another I feel special that I survived so many times. I realised a long time ago that I could push the envelope a bit further than what was accepted and get away with it.

Why are you still so normal after everything you’ve seen and been through? Did you go to a psychologist?

I am not sure what normal implies as I find my thoughts being very strange at times and I have to check myself on my behaviour, but I am managing to live a normal life and I think the fact that I have no hang-ups of grudges makes things much better.

Are you not afraid that the families of the people you had killed during the war could come after you now that they know you were the mission commander?

Sometimes I think about it and it could become a real threat, but I steer away from those thoughts as the power of subliminal communication could just trigger these ideas in the wrong people.

What behavioural traits do you consider the most important ones in life?

How long did it take you to write the book, from inception to print?

I wrote the first version in 2010 when I worked on a ship protecting it against pirates. Then it laid still for many years until it started to haunt me and two years ago I picked it up again and finished the process.

What was your proudest moment in your years of service?

To see that first Airborne artillery coming out of the C130 and to know that I made it happen!

Dis you find writing the book being cathartic?

In a way it relieved me from a lot of anxiety and guilt and made me feel so good about what I achieved.

If you have to summarise the book in one sentence, what would it be?

A sequence of events which followed each other and continuously enhanced the character of the story to rise way above the average standard and even beyond to a point of absolute Self Actualisation.

Of all the so called values of a soldier, which one would you rate as the mother of all values

Attitude….. maybe not so much of a value but the most important trait!

Experience the ruthlessness of life and adapt to it by realising that in the quest to survive, empowerment is required. Learn that this lifestyle has serious  consequences  for  the  good  and  for  the  bad.  Relentlessly  push forward to get into positions from where top-class military operations are executed which have serious strategic consequences.

Gets drawn into high profile criminal scenarios such as the RAUTEM political murders of Robert Smit and his wife and be tainted by National Intelligence without having any way to prevent it. Just to be followed up by unchallengeable accusations of controlling the attempted coup d’état in the Seychelles.

Use intrinsic privilege knowledge and contacts to uncannily sway the military system successfully into a new era of Airborne Artillery. Manipulate Army generals and top management to authorise a most challenging and risky military operation with immense strategic impact.

Challenge God continuously about experiences right from the start through to the last Special Forces operation.

THE STORM IN ME

As from the day I was born

Ways became known to live inside in a storm

War is where I had most of my fun
For that I used many a gun
I could not get enough
of the sea and the bush and the fighting stuff
It was a great adventure
With no restricted measure
Yes, I also got myself shot
As it is part of the game in this plot
I feel real sorrow for those in pain
For the loss of loved ones in this game
Some gained their strength from religion

But to me it was nothing but an illusion

And yes, there always was the storm

Inside me as from the moment I was born!

Eeben Barlow: REVIEW: BORN TO STORM I am very pleased to see that many ex-SADF soldiers are writing their memoirs. If books are not written, our past history—no matter how one wants to regard it—will be lost forever.
‘Born to Storm’ by Herman Van Niekerk (HCS, SM, MMM) is a book about an artillery officer who opted to expand his horizon in the South African Defence Force (SADF) by volunteering to join the South African Special Forces.
The book, based entirely on facts, is both humorous and serious, pulls no punches, and is written in Herman’s easy style, making it a pleasant read.
‘Born to Storm’ gives an insight into his heritage, and charts his childhood, his schooling, and eventually, like all young white boys at that time, his entry into the SADF to do his obligatory National Service. Called up to do his National Service in the South African Air Force, Herman was adamant that he wanted to become a paratrooper. It was during the initial Parachute Battalion selection that Air Force Private van Niekerk first encountered some men from Special Forces.
Later, as an NCO in 1 Para Bn, Herman decided to make the SADF his career. He writes of becoming an officer, training for his first real operation ‘Operation Savannah’—and the SADF’s entry into Angola. He relates a humorous version of a ‘good soldier’.

During Operation Savannah, he came to realise the value of life, and what it meant to truly be a soldier, along with some dangerous personal traits he started developing, especially when it comes to what is right, and what is wrong. He also rebelled against ‘the system’, a character trait Herman would later become associated with.

Deployed as a forward artillery observer during Operation Savannah, Herman was wounded and evacuated to I Military Hospital in Pretoria for treatment. During his time convalescing in hospital, the actions at the well-known ‘Bridge 14’ took place. He returned to Angola shortly thereafter and again saw action at the front.

During the final engagements with the Cubans in Angola, Herman’s views on politics were solidified – and he isn’t kind on them. Nor does he hide his disdain for poor planning and clearly expresses his thoughts about things that went wrong during the operation.

During his free-fall parachute course, his decision to go to Special Forces was cemented as they ‘did stuff’ he wanted to do. Prior to leaving the artillery, he was awarded the Honoris Crux for bravery in action in Angola.
After a deployment in Rhodesia (now Zimbabwe) Herman finally got his wish and passed his selection for Special Forces. He relates numerous Special Forces operations in Angola, Botswana, Mozambique and Zambia, all with brutal honesty – and humour at times.

The book does not focus on the detail of the operations he partook in but rather on the peripherals where he highlights what he experienced as good and bad behaviours. He tells it as it happened.

‘Born to Storm’ is a book that does not focus on the ‘We were the best!’ It is an honest account of one man’s journey through the SADF, and the good and bad he experienced.

I thoroughly enjoyed the book, and I am sure many others will too.

Previous Remembering Doc: SOF, Doc Peters and the Deadly Earthquake in Peru: Jumping into Hell
Next For the People Act torpedoed in the Senate 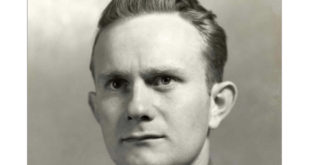 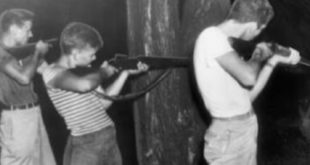 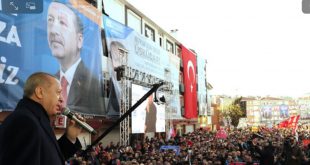 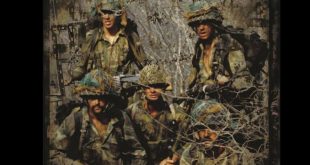 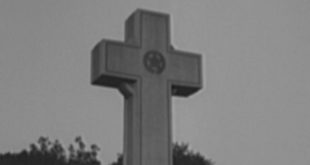